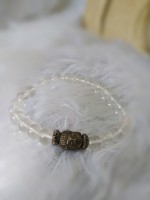 
Share:
Since volcanic ash is formed from molten lava you can only imagine the strength, fire and power contained within. According to metaphysical gemstone and crystal healing experts… In its solid state lava is a stone of courage and gives people stability as they go through changes in their lives. Lava also helps to diminish the negative aspects of one’s character (toxicity anyone?) and allows us to see where modifications might be needed. When a person is drawn to lava rock it might be because they need the fire or energy in their life. Containing elemental powers of fire and earth, lava rocks are rich in minerals from deep in the earth’s core. Born of fire, these molten creations rise to the surface and become porous creations of earth. Fire is one of the four classical elements in ancient Greek philosophy and science. It was commonly associated with the qualities of energy, assertiveness, and passion, while earth was commonly associated with qualities of practicality, restraint and materialism. Lava is considered a good tool for grounding and protection, helping us get connected to the earth. Lava also allows us to ‘root’ scattered energy and find focus and balance. Lava stones are also used as a folk remedy for infertility and poor libido.”